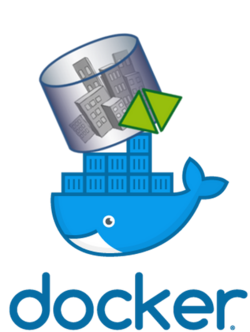 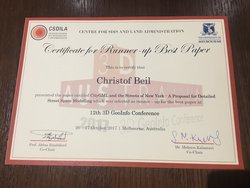 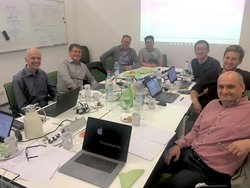 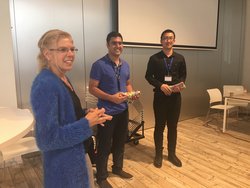 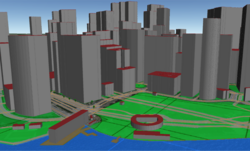 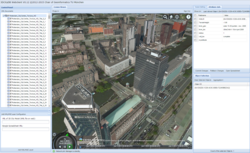 Virtual 3D city models are complex mappings and inventories of the urban environment, which are being used in many different research and application fields like Smart Cities, urban planning, environmental and training simulations, disaster management, and energy assessment. The 3D City Database (3DCityDB) is an Open Source geodatabase schema and set of tools for managing and visualization of large 3D city models. It plays an important role in many research projects of the Chair of Geoinformatics. Above, it is employed in productive environments in many cities worldwide like Munich, Berlin, Zurich, Rotterdam, Helsinki, Singapore, London etc. Interfaces to different commercial 3D GIS software systems exist. The included tools provide full support of the OGC standard CityGML and allow for KML / COLLADA / glTF exports in order to create 3D visualizations for Digital Virtual Globes like the Cesium WebGL Digital Globe, Google Earth, and ArcGIS. By using the spreadsheet generator plugin the thematic data of CityGML objects in the geodatabase can also be extracted and mapped to simple tables.

The development of 3DCityDB was initiated and has been lead by Prof. Dr. Thomas H. Kolbe from the beginning. It started in 2003 at the Institute for Cartography and Geoinformation (IKG) of the University of Bonn and was continued from 2006 at the Institute for Geodesy and Geoinformation Science (IGG) of Berlin University of Technology. Since 2012 the 3DCityDB and its tools are further developed by the Chair of Geoinformatics of TU Munich (TUMGI) in collaboration with the companies virtualcitySYSTEMS GmbH and M.O.S.S. Computer Grafik Systeme GmbH on the basis of a cooperation agreement. This agreement ensures that not only the involved parties but also the international user community benefit from all improvements and new features. With the release of 3DCityDB version 3.3 the Open Source license was switched from LGPL3 to Apache 2.0 simplifying the inclusion and adoption of 3DCityDB in third party products. Aim of the free provision of the 3DCityDB is last but not least the advancement of the adoption of the CityGML standard, which is an essential research topic at the Chair of Geoinformatics.

We use 3DCityDB also in teaching and student projects. Students learn about 3D city modeling, about mapping of complex object oriented data models to spatio-relational database schemas, spatial databases in general, and 3D geovisualization. These aspects are addressed and explained in detail in the extensive and complete documentation coming with the 3DCityDB. The documentation as well as a number of online courses can be found on the 3DCityDB homepage.

The extensive documentation of the 3DCityDB explains the underlying mapping of the CityGML data model onto the relational schema with spatial data types, the diverse software tools (importer/exporter, 3D webclient) and their usage.

The two staff members and researchers Zhihang Yao and Kanishk Chaturvedi have created a tutorial with an  introduction to the current version 3.3 of the 3DCityDB. The tutorial consists of two comprehensive presentations on 1) the browser-based 3D geovisualization and 2) on working with CityGML and 3DCityDB. Furthermore, they have created a hands-on tutorial explaining step by step the download and installation of the software, the import of CityGML datasets, the export and 3D visualization of city models in a web browser. These course materials are provided here under the Creative Commons License CC BY-NC-SA 3.0:

On September 27-28, 2016, Kanishk Chaturvedi and Zhihang Yao followed the invitation of Prof. Jantien Stoter, head of the 3D Geoinformation Group at TU Delft, and held a two-days course on the 3DCityDB and the browser-based 3D geovisualization in the 3DViz 2016 workshop at TU Delft. Their presentations were recorded and can be viewed from the workshop website.

The individual components of the 3DCityDB are also available as images for the Docker virtualization technology. This makes it possible to install and configure a 3DCityDB with a single command line statement in almost any runtime environment.

Docker is a widely used virtualization technology that makes it possible to pack an application with all its required resources into a standardized unit - the Docker Container. Software encapsulated in this way can run on Linux, Windows, macOS and most cloud services without any further changes. Docker containers are lightweight compared to traditional virtualization environments that emulate an entire operating system because they contain only the application and all the tools, program libraries, and files it requires.

The Docker Container for 3DCityDB is based on the Open Source database management system PostgreSQL and the PostGIS extension for spatial data. The image is freely available via DockerHub and can now be downloaded and used. Detailed documentation and source code can be found on the GitHub project page. All that is needed is a Docker Installation on your system. The time-consuming installation of a database server, its configuration, the installation of a database extension for spatial data and the setup of the 3DCityDB data model are a thing of the past.

Docker Compose files are available for orchestrating the individual services. This allows for example, that a single command call can be used to create a 3DCityDB linked to a 3DCityDB WFS, which makes the data from the database accessible via a standardized web interface.